Before I get into my post, I want to apologize for not being around these last few weeks.  One of my cats, Boo, had a serious health scare and I was very preoccupied with him.  Thankfully, it appears that he is going to be fine!  So, now, on with the show!

I love the dollar store (in my area it’s called Dollar Tree) and on one of my visits I found these cute wreaths and fabric-like leaves.  The leaves come in a pack of 50, so of course I had to have 2 packs.  I decided that these would make a fabulous project for my introduction to the Design Team for Anything But a Card Challenge blog. Yes, my dear readers, I landed a design gig and I am SO excited as this will be my first time on a design team! I hope I make them proud!

OK, enough gushing, back to the project.  I took my wreath (it is small, measures approximately 8 ½” round) and pulled out my leaves & glue and went to work.  Those of you who can use a hot glue gun may want to try that instead of using regular glue like I did, I am glue gun challenged and can’t use one without causing a disaster (but that story is for another time).

Then I decided that I wanted to add the word fall to the wreath.  So I turned to my trusty Silhouette Cameo and made the word fall using a thick font.  Once I got a size I liked I also made a mirror image of it so I had 2 full sets of the word “FALL”.  I cut both of them out of different papers I had from Basic Grey.  Then I took the letters, put glue on one of them, placed a piece of string (that I also got at the Dollar Store) and sandwiched the string between the 2 letters so they could move and you’d see both sides. 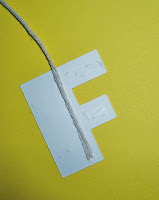 After I finished with the letters, I placed them under a heavy book to really squish them together.  I then edged the letters with a Distress marker in Brushed Corduroy.


Now, I realized after I cut the letters, put them together and was getting ready to hang them that I cut them out wrong.  But I was going to hang them anyway – so I did.  I hung them and. . . I hated it. I didn't like that I had messed up the letters so if they twirled they wouldn't be right and I didn't like the way they looked hanging at all. Since I didn’t want to waste the letters so I cut the strings off and edged the tops with the Distress Marker so you can’t see the white string.  Then I experimented with placing the letters directly on the wreath and I really liked the way that looked, so I guess between me not cutting the letters correctly and then hating them hanging are my happy accidents.  I think the letters look better where I ended up placing them.  I used double stick tape to hold them and it worked perfectly!

I would also like to enter my project in the following challenges:
Hiding in My Craft Room - Die Cuts (my letters - FALL - are die cuts)
CRAFTITUDE - Anything Goes or Falling Leaves
Addicted to Stamps and More! - Anything Goes
Fab 'N Funky - Anything Goes
Crafty Girls Challenges - Anything Goes
City Crafter Challenge Blog - Wreath
Posted by Unknown at 10:00 AM

Thank you so much for your comments! I read each and every one :)

I won!! Random.org picked out my Prickly Animals card! 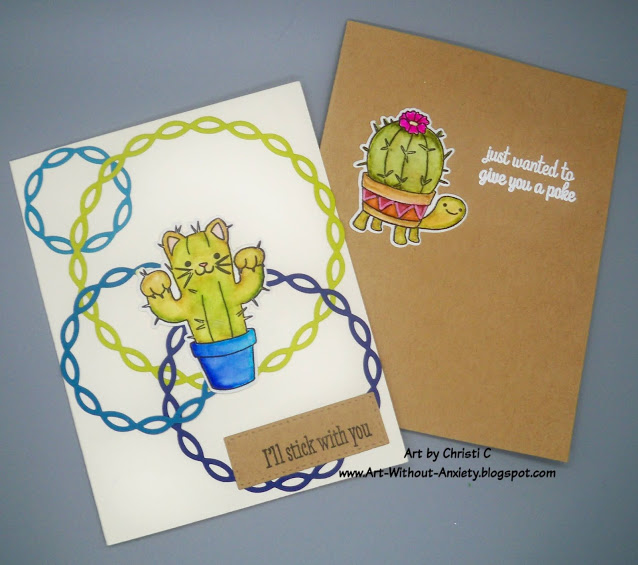 A Top Pick for My Happy New Year Card